The five children’s books are part of a series ‘The Story of Googala Duck’. The story of a duckling who decides to stay behind while his family flies south for the winter because he loves the pond so much.

The books describe his trials and tribulations as he struggles to get through the winter. The books are described in more detail below and you can see a video featuring excerpts from each of the books.

The Story of Googala Duck: Saying Goodbye for the Winter is the first in a series of picture books about Googala Duck, who decides to stay in the pond for the winter, while his family goes South for the next six months.

He doesn’t want to leave because he enjoys playing with his brother, sisters, and friends he meets at the pond, including Billy Beaver, Joey Otter, and Mr. Muskrat.

So he remains behind, when his parents and siblings fly away. 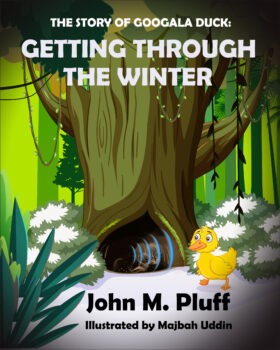 Googala Duck: Getting through the Winter

the Story of Googala Duck: Getting through the Winter is the second in the series of picture books

Now that his family is gone, he faces the harsh winter as it gets colder and colder and begins to snow.

Though he contacts his friends, Billy and Brownie Beaver, Joey Otter, and Mr. Muskrat, and seeks help from Bradford Badger, none of them can help him.

He wishes he could have left with his family, and he is determined to be strong and find someplace to stay to get through the winter. 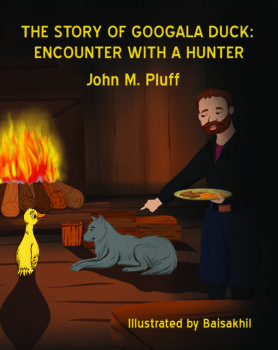 Googala Duck: Encounter with a Hunter

The Story of Googala Duck: Encounter with a Hunter is the third in the series of picture books.

Now that Googala can’t find a place to stay with his friends who have created their own nests for the winter, he goes through the cold dark forest looking a place to spend the night.

His journey leads him to the cabin of a hunter and his dog Ajax, but while Googala thinks he has found a wonderful warm place to stay, he doesn’t realize the hunter plans to cook him for dinner, and he has to escape to survive. 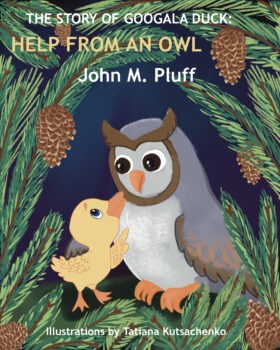 Googala Duck: Help from an Owl

The Story of Googala Duck: Help from an Owl is the fourth in the series.

After escaping from a hunter who might be planning to cook him for dinner, Googala is struggling to find shelter as it becomes colder and colder, when he meets an owl.

The owl leads him to his hollow in a fir tree, but Googala can only stay at night when the owl is hunting for food, and during the day he has to watch out for wolves and bobcats, and eventually he has to leave the hollow when the owl gets married.

At least it is spring again! 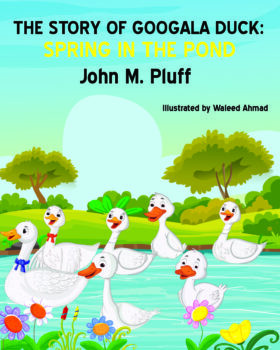 Googala Duck: Spring in the Pond

The Story of Googala Duck: Spring in the Pond is the fifth in the series.

Now that it is spring again, Googala is eager to return to the pond and proud he survived the cold harsh winter.

He sees some of his old friends, describes his adventures, and after several weeks of the days getting warmer, his family returns, and he eagerly sees them again.

Though his parents admonish him for staying behind, he assures them he has learned his lesson to behave and listen to them in the future.

Plus, he has learned he can be strong and brave, too.

The Dragon of Locke 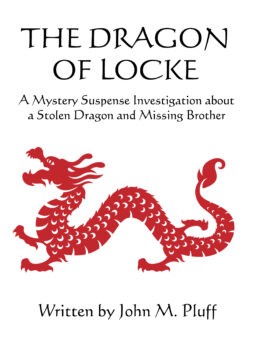 The first script of ‘The Dragon of Locke ‘is about a detective and his partner who begin investigating the disappearance of a man in California, only to discover it may be linked to the theft of a valuable dragon deity from a Chinese monastery and a smuggling ring stealing artworks & antiquities.

The script has been entered in over two dozen film festivals, winning 16 awards and so far has a 100% selection rate.

John Pluff has long been inspired by children’s books.

While growing up in a large family, his mother read these books to him and his siblings, and his love of children’s stories continued in school when teachers read to the class.

Later, after he started telling stories at bedtime to his own children, he began writing. Often, he would write the story of Googala Duck after reading books to his children.

Many years later, when he found the original manuscript, he turned it into a series of picture books and began writing film scripts.

Now that he has started J. Michael Publishing, additional children’s books and film scripts are in the works. 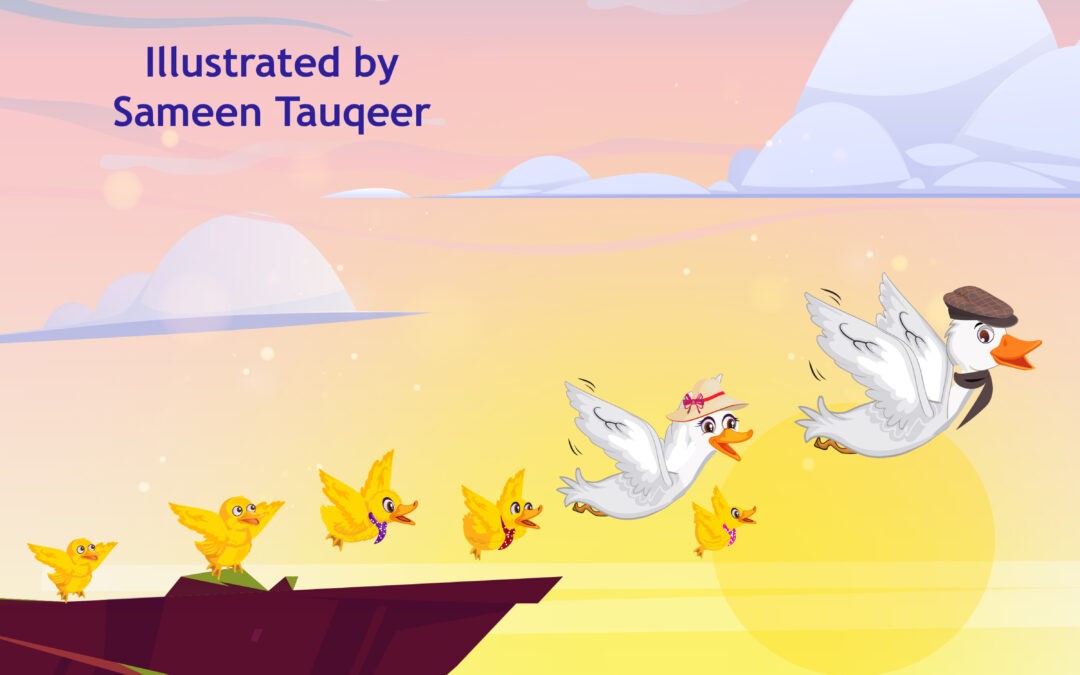 Now That Ducks Fly South for the Winter, A Picture Book Features a Duck That Stays Behind

It’s the season when ducks, geese, and many other birds fly south for the winter to escape the cold weather and snow.  From September to December they are off until spring. But The Story of Googala Duck tells the story of a duckling that decides to stay behind, since he likes playing in the pond and doesn’t want to leave his friends, the otters,...

END_OF_DOCUMENT_TOKEN_TO_BE_REPLACED

What would happen if a duckling decided to stay behind when its family flew south for the winter?  That’s the premise of a new series of books about a duckling that does this, because he likes the pond so much, only to experience all kinds of challenges as winter sets in.